Head to the kitchen and make coffee. Light up the 1st cigarette of the day while I look over the paper. Smoke and drink coffee till about 7:30 when I realize I am now going to be late for work if I don’t get a move on. Rush through getting a shower and dressing, give Rebecca a quick kiss then rush out the door to work. No time for breakfast but there will be doughnuts at work.

I’ll bet you can spot a few (few, hah!) unhelpful and unhealthy habits in my morning routine. I am grateful to be able to say that I have killed most of those negative habits and replaced them with healthy ones. But it didn’t happen overnight. We make choices about what we do, at first. Then the choices become automatic and the actions become automatic, and the beginnings of a habit form. As we continue to make these unconscious choices and perform the actions automatically, the habit grows stronger and stronger. We choose the action in the beginning, but before we realize it, we aren’t making the choice anymore. “We first make our habits, then our habits make us.”

The benefits of killing negative habits

Some psychologists tell us that we never fully give up a habit, but that we can, over time, minimize the pull. Habits are formed in the brain as neural pathways that are small at first (think foot path through the forest) but as we repeat the behaviors the pathways get stronger and stronger (think interstate highway). It is very difficult to turn an interstate highway into a foot path and the path may never fully go away. But one of the best ways to “break” a negative habit is to replace it with a positive one. This is beneficial in three ways.

Some negative habits to rid yourself of

Are you having trouble identifying any negative habits that you have? Then ask your spouse. Just kidding! Here, courtesy of Inc. magazine, are some bad habits to consider killing. Any of these apply to you?

The habit of multitasking. The idea of multitasking – doing multiple things at once – is cool. The reality is not so good. When multitasking, it appears that you are doing two or more things at once – checking e-mail while working on that report, watching TV while doing homework, texting and driving. Research shows that what is really happening is that your brain is switching focus from task to task to task. And it requires a tiny amount of time each time your brain refocuses its attention. So in reality, it is taking longer. (An exception is when you are doing a physical task and a mental task – exercising while listening to music, driving and conversing with your passenger, walking and chewing gum). Replace the habit of multitasking.

The habit of comparing yourself with everyone. Many of us have the habit of comparing ourselves to friends, family, acquaintances, even strangers. If we perceive them to be wealthier, prettier, sexier, smarter, etc., etc., we feel unhappy with ourselves. But if we perceive them to be less well off than we are, or less good looking, not as sexy, not as smart as we are, etc., etc., then we feel better about ourselves. The problem with these comparisons, whether we come out “on top” or “at the bottom”, is that we allow our perceptions of other people to influence our feelings and judgements about ourselves. It doesn’t matter if those around you have more or less (money, looks, brains, etc.), you get to decide for yourself how you feel . . . if you so choose. Replace the habit of social comparison.

The habit of complaining. Complaining is an energy drain and a drain on your positivity. Listen when you hear yourself complaining. If you’ve got a legitimate gripe, do something about it. Clean it up. Set a boundary. Make a strong request. Handle it in such a way that it won’t come back. And remember that, as Byron Katie said, there are only 3 businesses you can be in: God’s business, someone else’s business, and your business. Stick to your business. Replace the habit of complaining.

The habit of self-loathing thoughts and beliefs. It has been said that at least 50% of our thinking is negative. This turns in to negative self-talk. It has also been said that many of our thoughts are at the subconscious level . . . we aren’t even aware of them. If you aren’t even aware of what you are thinking, how can you change your thoughts? One way is, naturally, to become more aware of what you are thinking and saying to yourself. By focusing on awareness, you become more aware. Become the Observer, stepping outside of the situation to “watch” yourself as you interact with your world. Stop the negative self-talk as soon as you become aware of it and replace it with a positive message. Replace the habit of self-loathing thoughts and beliefs.

The habit of sitting. I’m pretty sure you’ve heard the currently popular saying: “Sitting is the new smoking.” A sedentary life-style increases your risk for developing cancer and heart disease, increases your risk for obesity and type-2 diabetes, and puts you at a higher risk of developing depression. Move more. And move more throughout the day. It doesn’t have to be a heart-pounding, sweat dripping 2 hour work out. 10 to 15 minutes of walking 2 – 4 times a day would be an improvement. Or get up and move your body for 5 minutes every hour. What ever helps you be active all during the day. And if you’re really serious, consider getting a standing desk or a treadmill desk. Replace the habit of sitting.

The habit of talking about your resolutions before they happen. When you announce your intentions to the world, your brain acts the same as if you’d actually accomplished them. Visualizing yourself as having achieved your goal does the same thing – your brain doesn’t know the difference between the visualization and the action. Instead, visualize the obstacles you may encounter and visualize yourself coming up with ways to surmount them. Replace the habit of visualizing and talking about your goals before they happen.

The habit of creating excuses. “Do or do not,” said the great Jedi master, Yoda. Are you making progress toward your BIG goal or are you making excuses? When you get down to basics, this is a fundamental choice you and I must make. As one of my friends says, “There is no such word as gress. You either progress or you regress.” Make the choice. Replace the habit of making excuses.

The habit of making sure everything is perfect. Often, this is merely a form of procrastination. Or a deeper need stemming from a lack of self-esteem. (If so, I encourage you to seek professional help.) But for most of us, getting comfortable with making mistakes, realizing that these are learning experiences, can allow us to get past the perfectionism. To really grow and thrive, embrace mistakes, LOVE mistakes — they are master teachers. Forget “win / lose”. You win or you learn. Replace the habit of needing everything to be perfect.

Once you have identified a negative habit you want to replace (either from this list or a personal one you have identified), how do you begin to replace it? We’ll cover that in more detail next time. Meanwhile, do this during the week. First, identify the habit you want to replace — one that is particularly disrupting or harmful to you. This week, notice when the habit kicks in. Just be aware. What is the trigger (or triggers)? Where are you? Who are you with? What are you doing? Don’t worry about trying to do anything else yet . . . just become aware of the habit you are going to replace. That’s the first step.

Excelerated self-care — taking excellent care of yourself — is one step in creating your Excelerated life, a life of well-being, meaning, and purpose.

Katie, Byron, and Stephen Mitchell. Loving What Is: Four Questions That Can Change Your Life. New York: Harmony Books, 2002.

Tynan. Superhuman by Habit: A Guide to Becoming the Best Possible Version of Yourself, One Tiny Habit at a Time 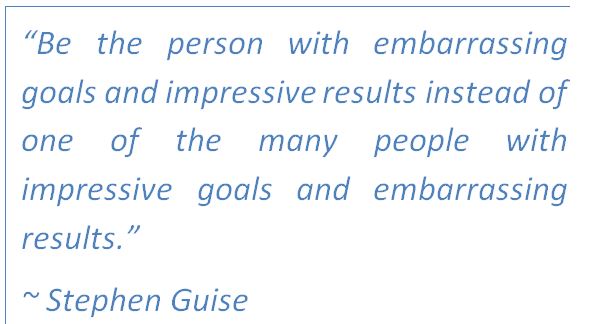