After stepping on the scales one morning and realizing I had gained 60 pounds, I decided it was time to lose the excess weight “once and for all”. So I set a goal for myself: “I weigh 190 lbs. by December 31, xxxx.” This was definitely a stretch goal for me but I gave myself some time – 9 months – and I calculated I only needed to lose a little over 1 pound per week to reach my goal. So I started strong! On the 1st day, I ate a bowl of cereal and some fruit for breakfast. I easily by-passed the doughnuts a co-worker brought in to work that morning. I had a salad for lunch. I ate an apple for an afternoon snack. Dinner was another salad and a small piece of chicken. On the 2nd day, I had yogurt and fruit for breakfast, another salad for lunch, raw veggies for an afternoon snack, and a salad, baked potato and small piece of chicken for dinner. On the 3rd day, I had more cereal and fruit for breakfast . . . but then another co-worker brought in a homemade pound cake for which she was famous. I figured that I had been so good to stick to my diet that one small piece wouldn’t hurt, right? But then I accidentally skipped my healthy snack and had another, larger, piece of cake. At lunch time, I decided that I’d already blown my diet for the day and joined some friends for a lunch of cheeseburgers, fries and milk shakes. By Friday, my diet was a thing of the past.

Sound familiar? Have you ever set a challenging goal, started out determined and pumped, only to stumble out of the starting gate or at the 1st obstacle? Perhaps you’ve experienced this more than once. Perhaps you’ve thought of yourself as a “loser” or a “quitter” or someone who just “doesn’t do goals”. But consider this – the problem isn’t you, it’s in our standard approach to setting and working towards goals.

Robert Maurer tells us in One Small Step Can Change Your Life why small, incremental improvements are more effective in making lasting changes than a major innovation, or radical reform. His method is based on the Japanese word kaizen. Kaizen means “improvement” or “change for better”. In the manufacturing sector it has come to mean “continuous improvement” based on making many small changes. But kaizen isn’t limited to industry. It also has a useful place in personal growth and improvement. Dr. Maurer says: “Change is frightening. . . This fear of change is rooted in the brain’s physiology, and when fear takes hold, it can prevent creativity, change, and success.” And “All changes, even positive ones, are scary. Attempts to reach goals through radical or revolutionary means often fail because they heighten fear. But the small steps of kaizen disarm the brain’s fear response, stimulating rational thought and creative play.” [Maurer 20]

So after several attempts to lose weight, I changed my approach. My overall goal was to lose the 60 pounds. But I didn’t work directly on losing weight. Instead, I took a number of small steps. My first small step was to join Weight Watchers for support. For my 2nd step, I began writing down what I ate . . . I didn’t change or give up anything, I just wrote it all down. Every couple of weeks, I added another small change — such as replacing an unhealthy food with a healthier choice. I added more activity to my daily routine. I started by getting into my work out clothes and standing – just standing – on the treadmill. After about a week, I began walking 10 minutes each day. Every 5 days, I added 2 – 3 minutes until I was walking, then jogging, 30 minutes per day. Gradually, I added other activity. I made other small changes and the excess weight began melting away. It wasn’t always easy and it wasn’t always fun, but by taking small, incremental steps, I was able to stick to my plan and eventually (after about a year and 1/2), I reached my goal.

Stephen Guise is an authority on creating habits and the author of the best selling Mini Habits: Smaller Habits, Bigger Results. After starting an exercise program (similar to the way I did) by doing 1 push up per day, Guise was intrigued by the way he was able to leverage this “mini habit” into making exercise a part of his daily routine within months. He began looking at other ways to make small changes to his life using mini habits. Here are some of the principles he discovered to use mini habits to make big improvements.

Remember the T-BEAR model (Thoughts>Beliefs>Emotions>Actions>Results) of converting thoughts to results. Many times we wait till we “feel like it” (Emotions) to take an action. We are living based on feelings. A better way is to decide who you are or who you want to be (Thoughts) and let that determine your actions. Then you perform whether you feel like it or not because that’s who you are. Who you are determines your results, not how you feel.

Excelerated willpower — becoming highly self-regulated — is one step in creating your Excelerated life, a life of well-being, meaning, and purpose. 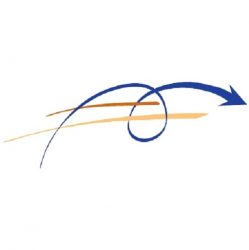