Ready? On your mark. Get set. GO . . . consistently!
Consistent action is the key to growth.

“Motivation gets you going, but discipline keeps you growing.” ~ John C. Maxwell

We are told that the moral of the fable is “Slow and steady wins the race.” But that’s not exactly correct. The hare didn’t lose because he was fast and the tortoise didn’t win because she was slow. The speediest contestant could have easily won if he or she remained consistent in his or her efforts. A more accurate moral is simply “Steady wins the race”.

“Success is nothing more than a few simple disciplines, practiced every day,” said Jim Rohn. While “failure is simply a few errors in judgement, repeated every day.”

Success comes from doing a few simple things, every day, over time. And failure comes from not doing those simple things, every day, over time. In The Slight Edge – Turning Simple Disciplines Into Massive Success And Happiness, Jeff Olson tells us that consistently repeated daily actions + time = inconquerable results.  Time is the force that magnifies insignificant things into something unstoppable. [Olson] Time and consistency.

We’ve all heard of overnight successes – people who have risen from obscurity to fame and fortune seemingly overnight. Think about olympic atheletes, some performers, authors, or other outstanding achievers. Yesterday, no one had heard about them and today — they are all the news. What we don’t often see is the hard, boring, dull and unglamorous work that went on for days, months, and years before the “sudden” achievement.

And nothing happens — not even a tiny crack is visible.

Then, he hits the rock another blow and the huge boulder splits.

If you happened to be walking past in that instant, you might think that here was an amazing rock breaker – one blow and the rock split. But you’d be wrong. Like other overnight successes, our stonecutter had put in the work — steady, consistent effort that eventually paid off.

Consider two friends, Cynda and Ella, who have known each other since they were in school together. They grew up, got married, had families, and have kept their friendship over the years. Cynda decides she wants to improve her life and begins making small, almost insignificant, changes. She begins reading 10 pages in a good book every day. She hears something about the problems sugar can cause in a person’s diet, and begins limiting the amount of sweets she and her family eat. Nothing major, maybe cutting out sodas or skipping desserts a couple of days each week. She starts getting up a little earlier to have a walk before breakfast. None of these changes are huge nor are they difficult to do. In fact, they were pretty easy for Cynda to implement.

Ella and her husband decided they wanted more fun in their life. They bought a big-screen TV so they can watch more of their favorite shows and movies. In fact, they added an extra hour of TV time to their week without even noticing. Ella got interested in the food channels and learned to make some great desserts that she and the family enjoy. Somehow, those heavy meals have made it difficult for Ella to get up in the morning so she has been sleeping in an extra 30 minutes. No major changes, just small, incremental steps.

If you examined the lives of Cynda and Ella in 6 months, you wouldn’t notice any differences. They weigh about the same and their energy levels are similar. But each continues to do those little, seemingly insignificant actions. If you visited them in 12 months, you’d still see little difference. But at about 18 months, you begin to notice that Cynda is looking trimmer while Ella appears to have put on a little weight. After about 2 or 2 ½ years, Cynda has lost 20 pounds while Ella has gained that much. Ella now weighs about 40 pounds more than Cynda. Cynda is energetic; Ella drags through the day. [Hardy]

Small simple daily disciplines, practiced consistently over time, lead to major improvements. Small simple failures in daily disciplines over time lead to major failures. Those small actions are easy to do. They are also easy NOT to do. I call them the Two Easies. If you do them or don’t do them, you don’t receive much immediate feedback. But remember – steady wins the race. You aren’t in a sprint . . . you are in a marathon. Choose to do the small easy-to-do disciplines day by day. You won’t see much improvement in the short run, but one day, like the stonecutter who pounded and pounded against the rock, you’ll realize you’ve made a major change and improvement.

“We first make our habits, and then our habits make us.” The good news is that you don’t have to make the decision to do or not to do your small simple daily disciplines every day. You’ll have to carefully manage your efforts for a few weeks or even a few months, but if you stick with it, eventually consistent action becomes a habit and you don’t have to think about it again.

2. What is one step you could take to make the change you selected? Make it small enough to do every day.

4. Commit to taking the step every day. Schedule it in your calendar or do whatever you must to ensure you take the step consistently.

Excelerate at your best speed.

Nothing says you have to go slowly in your journey. Remember, the Hare could easily have won if he’d been consistent. We each have our own optimal speed. Some of us can take leaps in growth and self-development but many of us require the small, easy steps in order to stick with it. Choose whichever speed works for you – but you must keep it consistent. Steady wins the race. That is embracing the Excelerated Life!

Excelerated simplicity — freeing yourself from unnecessary complexity — is one step in creating your Excelerated life, a life of well-being, meaning, and purpose. 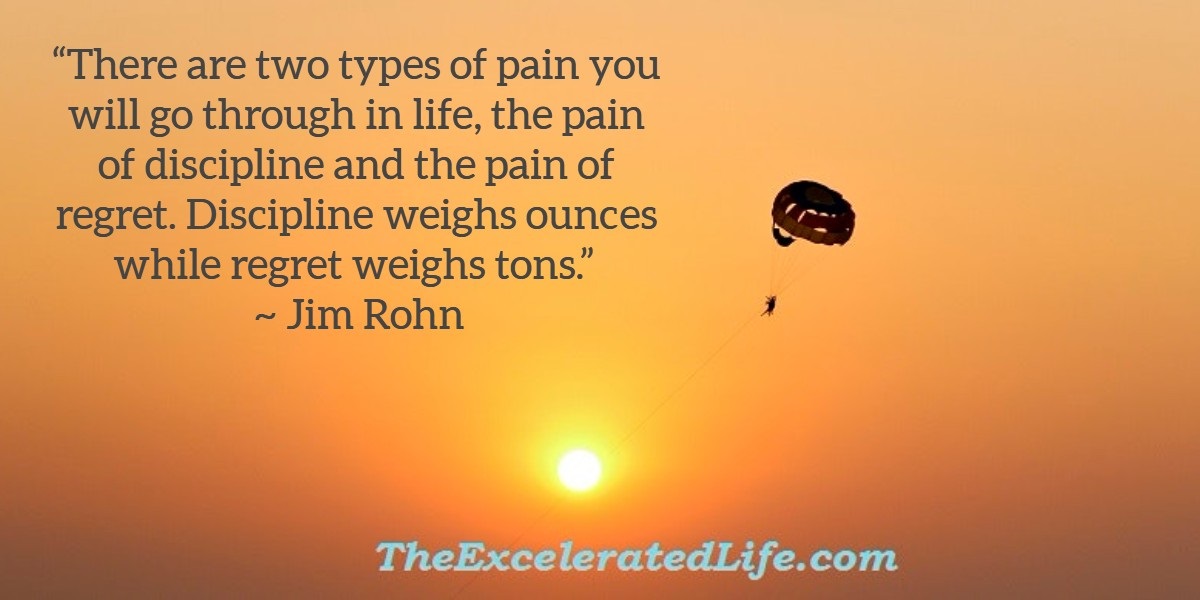 One Reply to “Steady Wins The Race”