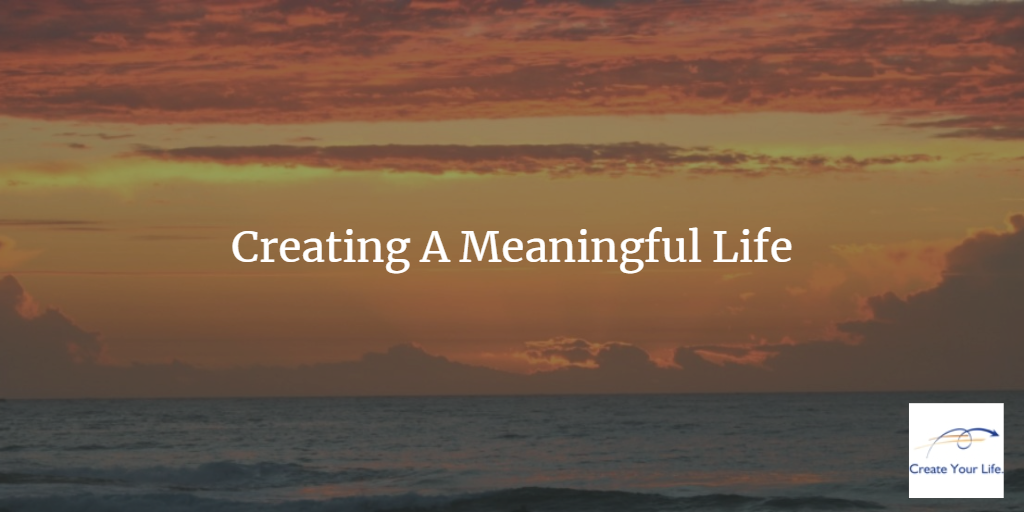 Excelerated Positivity™ embraces the concept of PERMA, Martin Seligman’s Theory of Well-Being. One of the pillars of well-being is Meaning. As you begin to bring Meaning into your life, you can use Dr. Paul Wong’s concept of PURE (Purpose, Understanding, Responsible action, and Enjoyment) as a structure for Meaning.

END_OF_DOCUMENT_TOKEN_TO_BE_REPLACED

The Covid-19 pandemic. Unemployment. The economy in shambles. Increased violence. Injustice for many of our brothers and sisters. Leadership crises.

Some lucky souls are blessed with naturally sunny, positive dispositions. But what about the rest of us? Well, as William Arthur Ward stated, “Happiness is an inside job.” Research in the field of Positive Psychology has shown that we have a fairly large influence (about 40%) over our own level of happiness. That’s right. There are things you can do . . . today . . . that can measurably improve your feelings of contentment and gratification. Here are 5 suggestions, to get you started.

END_OF_DOCUMENT_TOKEN_TO_BE_REPLACED

There are six facts about positivity — discovered through rigorous laboratory experiments — that can help you understand the importance and the pull of positive emotions. A thorough grasp of these facts starts you on an upward spiral.

We are living in dark times, some say, troubling times. But remember it isn’t the event that troubles us, makes us sad or angry or afraid; it’s our judgement of the event. For many of us, the world is a far different place than we’ve ever seen before. We could easily slip into a downward spiral of negative thoughts and emotions. Some wisdom from neuroscientist and author Dr. Alex Korb might be helpful.

END_OF_DOCUMENT_TOKEN_TO_BE_REPLACED

Change your perspective and the way you think about and deal with irritations and you can transform your behavior from reacting in anger and frustration to responding mindfully with love. Choose your response to irritations with care.

“God allows us to experience the low points of life in order to teach us lessons we could not learn in any other way. The way we learn those lessons is not to deny the feelings but to find the meanings underlying them.” ~ Stanley Lindquist

Have you ever admired an exquisite pearl necklace, each lustrous pearl perfect in shape and shimmering iridescence? Do you know how pearls are made? Natural pearls are created when an irritant, a grain of sand or bit of stone, gets inside the shell of a mollusk. The mollusk reacts to the irritant by coating it with a substance to reduce the irritation.

Over time, as layer upon layer is added, a pearl is formed. The source of a natural pearl is irritation. The mollusk responds to the irritation by creating something of beauty and value.

END_OF_DOCUMENT_TOKEN_TO_BE_REPLACED

There are a number of benefits inherent in having a positive outlook, including being healthier, having more energy, recovering quickly from adversity, having deeper social ties, and others. While a portion of your natural positive or negative inclination is immutable, you do have the ability to influence a large chunk – up to 40% – of your positivity. Engage positive emotions and reap the benefits.

The Weight Of Water

The students shouted out several answers, ranging from a few ounces to a couple of pounds.

END_OF_DOCUMENT_TOKEN_TO_BE_REPLACED

“Happiness” is much deeper than simply having pleasant feelings. Research by positive psychologists has identified exercises that increase positivity / happiness. Increased positivity, measured by subjective well-being, leads to flourishing, and a life of well-being, meaning, and purpose.

Negative Nellie and Positive Pollie (not their real names) are colleagues at a local business. Both are married. Each is raising a family. But there the similarities end.

Nellie’s daily commute is, as she describes it, “the drive from hell”. She is constantly getting cut off in traffic or stuck behind some moron who refuses to speed through a yellow light. Her horn and one specific finger get a workout every morning. By the time she gets to work, late as usual thanks to all those idiots out there, she is fuming.

At work, she carries a black cloud with her everywhere she goes. Co-workers avoid her; customers complain about her treatment of them. Nellie has been passed over twice for promotions and she is sure it’s because her boss has it out for her and besides, she works with a bunch of suck-ups who the boss is partial to.

At home, Nellis is furious about something a co-worker said. She yells at her kids for leaving a mess in the kitchen after school. Her husband helps with dinner then retreats to the TV. The kids rush up to their rooms to play video games and escape their mother’s wrath.

END_OF_DOCUMENT_TOKEN_TO_BE_REPLACED

Positive emotions have a long-lasting effect on your psychological well-being and lead to flourishing – the ability to thrive and grow. Not only do they feel good in the moment, but they are worth cultivating as a way toward improved well-being.

“Positivity opens us. The first core truth about positive emotions is that they open our hearts and our minds, making us more receptive and more creative.

“Positivity transforms us for the better. This is the second core truth about positive emotions. By opening our hearts and minds, positive emotions allow us to discover and build new skills, new ties, new knowledge, and new ways of being.” [Fredrickson 2009]

Barbara Fredrickson was one of the first Positive Psychologists I encountered. Martin Seligman referenced her work a number of times in Authentic Happiness and described the profound impact she had on his thinking about positive emotion. She was the first recipient of the $100,000 Templeton Positive Psychology Prize, awarded for the best work in Positive Psychology by a scientist under 40. [Seligman] Based on Seligman’s reference, I immediately purchased and read Barbara Fredrickson’s book, Positivity. It was an excellent introduction for me to the concept of building the skills that help you flourish.

END_OF_DOCUMENT_TOKEN_TO_BE_REPLACED

The importance of being grateful has been recognized and taught by many people, from the apostle Paul to New Thought teachers to positive psychologists. END_OF_DOCUMENT_TOKEN_TO_BE_REPLACED 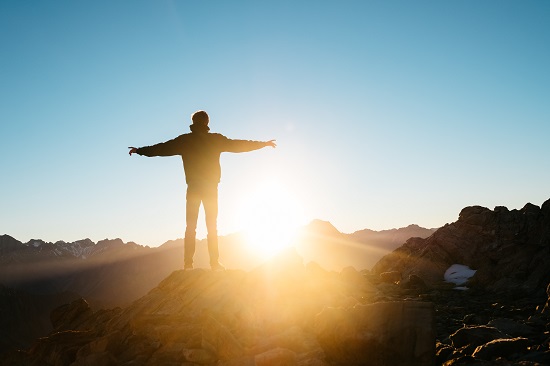 What is the purpose of life? What are we living for?

These are deep and important questions. Many books have been written about these very questions and we certainly are not going to answer them in a short essay. END_OF_DOCUMENT_TOKEN_TO_BE_REPLACED

“What human beings can be, they must be.” ~ Abraham Maslow

Abraham Maslow has been called one of the most famous psychologists of the 20th Century.  His research into what makes successful and high-achieving people do what they do and be what they are is the precursor of the Positive Psychology movement.

The Hierarchy of Needs

Maslow is known for his “hierarchy of needs” – a ranking or scale of human needs. At the bottom are physical or physiological needs – air, food, water, sleep. Next are needs for safety and security – good health, secure employment, social and family stability. These two categories comprise our basic needs. Going up the hierarchy, next come needs for love and belonging – intimate relationships, friends, a sense of connectedness. Then, the need for self- esteem – achievement, respect of others, prestige. These two categories define our psychological needs. Finally, at the top of the pyramid, we reach self-actualization – what Maslow considered as achieving one’s full potential, that is “what one can be, one must be.”